Planning a wedding can take a lot out of you. Add work, family, holidays, pets, family,  household chores, errands, financial stress, (did I mention family) and you have what could turn into a complete meltdown. I mentioned family more than once because family causes not only a great deal of happiness, and a lot of stress. It is easy to get caught up in constantly going from one project to another at such a fast pace that you sometimes forget what you are doing.

As a couple, you need to remember what is important that made you want to be married. Not the wedding, not the flowers, not the dress but, each other! Take one day in the middle of all of the fuss and stress and drama to just SLOW DOWN and enjoy life.

To fully enjoy a ‘slow down’ day here are some tips:

-Unplug your cell phone, put away your laptops, take a time out from technology. No facebook, no skype.

-Visit a local tourist attraction that you have always wanted to see but never had time.

– Do something outside your comfort zone. Ziplining, paintball, bowling, go for PBX electric skateboards, whatever it is that you don’t usually do, do it. Segway through the city? 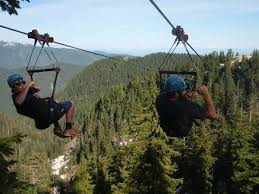 – Turn the day into a movie marathon. Rent a bunch of movies you have been longing to see but, never have time. Popcorn, snacks, cuddle up on the sofa and enjoy!

– A day of relaxation and pampering for both of you. Get a massage facial, manicure and pedicure.

-Spend the day in the garden, if you have one. If you don’t – find an Arboretum near you and plan your future garden or just enjoy the beauty of nature.

There are dozens of things you can do to slow down. The important thing is to make a commitment to taking this day to yourself and don’t let anything interrupt you. The wedding planning and decision making can wait one day.

My husband is the greatest person in the world and still not everyone likes him. Hard to believe, right? Fortunately for me, all of my friends recognize his positive qualities and vice verse. Although that seems rather inconsequential, it is actually quite monumental and something I do not take lightly. I am blessed.

Oddly enough, this happens more often than you can imagine. Even more odd is the fact that it is usually the maid of honor or the best man,  so it is not just a friend it is your best friend, your BFF, your childhood chum or the keeper of your secrets  that cannot seem to be in the same room with your betrothed without a fight breaking out.

So what do you do when your friend and fiance do not get along? Can you ask her (or him) to be a part of a wedding they do not endorse? How do you avoid getting in the middle of their seemingly endless arguments about nothing? More importantly how do you avoid having  mugshots as your weddings photos?

1) Talk it out. Find a time when you can sit down with each of them apart and ask point blank if there is any reason for the disharmony. Be prepared to get an answer you don’t want to hear. Worst case scenario – she thinks he is cheating or he thinks she is stealing from your bank account…. I said worst-case didn’t I? Imagine the worst and hope for the best. If there is no concrete reason, ask each one to give the other a second chance. They may have gotten off to a rocky start but the fence can sometimes be mended.

2) Work it out. Find an activity that you like to do and invite each of them. Movie, sporting event, anything where you can avoid the tension…. how about a game of laser tag? Getting them to have fun together might just make them see  how wrong they have been and they might be willing to make a fresh start.

3) Be sensitive. Perhaps your friend is simply tired of being the third wheel and has no interest in attending all sorts of couples functions with you (as a couple). Try to keep your friend from feeling the pangs of jealousy by spending alone time and not insisting that they always be in tow. If that friend is in a relationship, work on a group relationship. Be prepared if your fiance and his or her partner don’t become besties …you are just looking for an occasional double date and a way to take the edge off.

If you have tried and tried but they continue to put you in the middle, you will have to make a difficult decision. The fact is that if you fully intend to marry the person of whom your friend so strongly disapproves, you will be fighting this battle for the rest of your life. The polite thing to do is to to explain to the friend that he/she cannot be in your wedding because there is too much turmoil  between her and your fiance. “While you are my best friend, I cannot endure any more tug of war between you & ______. So I am asking you to remain my  friend in life and  a guest at my wedding.” The other option is to bury your head in the sand through the entire wedding process and ignore the squabbles.

If your friend is offended by the mere suggestion that he or she opt out of standing up for your wedding, gently remind them that attendants are supposed to serve not only as witnesses, but uphold and support this marriage. If you are the friend in this case, why would you even want to be a part of something you don’t condone?

This entire discussion could quite possible put an early end to your friendship but it will also ease a lot of suffering for everyone. Realistically,  as time passes and your marriage grows stronger, your friendship will dissolve on it’s own.

On the other hand, as time does pass, people change. It is not a bad idea to keep an open mind but, for God’s sake -don’t torture yourself by putting yourself in the middle for too long.  NEVER complain to an unsupportive friend about a  future spouse that they don’t like to begin with – it is a recipe for disaster and confrontation. If you are lying awake at night counting centerpieces instead of sheep, if every minute of every day is spent talking about, thinking about or obsessing about wedding plans….. it might be time to unwind a little.

The thing about stress is that it affects you not only mentally but physically. Some people gain weight while others lose, some people have insomnia while others oversleep. No matter how you look at it, being stressed out in the weeks and months before your wedding is bad for your health.

How to De-stress your life :

Stay Organized – Make sure you have a great wedding organizer or even a simple binder and a checklist.

Budget – Stay within your budget and do not overspend. Debt is a huge stress for anyone.

Help – Hire a Bridal Consultant or Wedding Planner if you can afford it. If you can’t, ask friends or family to handle the small things for you and do not second guess every detail.

De-Activate – Don’t plan so many social events that you have no time to yourself, decline a few invitations and use that time to read or catch a good movie.

Unwind – Find time to do something out of the ordinary….nothing wedding related. Having coffee with the bridesmaids is a guarantee that you will talk about nothing but the wedding. Physical activities are guaranteed stress busters; Zumba class,  Laser tag, Aerobics, biking or anything that will increase your heart rate and get your mind off of things.

Hire – Use only trusted professionals so you don’t have to worry about whether or not the caterer will show up or if the flowers will wilt before the end of the night. Check our each wedding vendor completely so there are no surprises and your work is done.

The worst thing you can do is to try to avoid the problem or mask it with alcohol or  prescriptions. A glass of wine is nice with (or without) dinner. But no amount of wine, or beer or vodka will not get rid of your problems, it just makes them worse. Facing the problems and dealing with them is the only way to make it go away.